Where Have We Been?

As you may have noticed, CEG has taken something of a step back from public view in the past few years. During that time, we have been building new partnerships, preparing to launch new projects, and forging a new path forward in our approach to HIV, HCV, Substance Use Disorder, healthcare policy, and advocacy. CEG has sought to use what we have learned over the past 25 years to reach out in even more communities—in keeping with our motto, “Building strong communities one project at a time.” For much of CEG’s existence, we have focused on providing direct services such as on-the-ground HIV testing, prevention services, and linkage to care. While that work is certainly nowhere near nished, we have determined that CEG can be most eective by refocusing our eorts away from direct service provision and toward coalition development, strategic community engagement eorts, shared learning, creating collaborations and partnerships, and creating policy action and advocacy at both the federal and state levels. CEG has been working on several recent and forthcoming projects to fulfill this new organizational vision. In this first newsletter of the new decade, we will focus on a few of these new initiatives, as well as highlight some of the recent media in which CEG and our founder and executive director, A. Toni Young, have been featured. 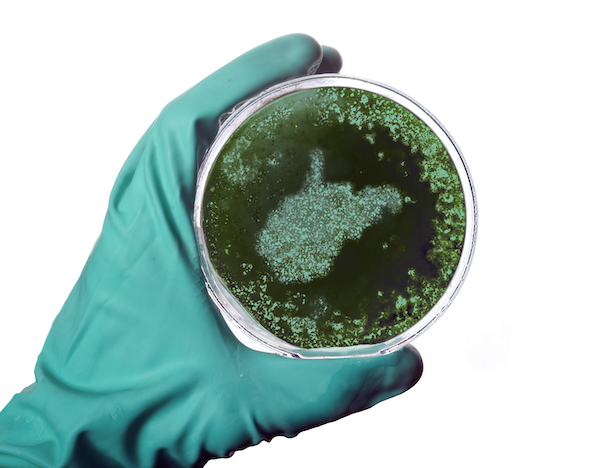 In our research, we found that none of these crises are unrelated; they are all part of an untenable cycle involving numerous social determinants of health, Substance Use Disorder, Injection Drug Use, lack of healthcare access, and poor health literacy—both generally, and specic to infectious disease. Moreover, we have determined that these issues cannot be solved by direct service provision, alone.

CEG is working to build a statewide coalition of infectious disease specialists, HIV advocates, Viral Hepatitis advocates, Medication-Assisted Treatment providers, Harm Reduction Programs, health department ocials, local ocials, and patients. This coalition will work to bring together organizations and providers that focus solely upon individual aspects of these various crises, to develop an overarching strategy to combat all of these interconnected healthcare issues at every step of the way.

So, what does this mean? It means convincing MAT providers and general practitioners to include HIV and Viral Hepatitis testing and education as part of their service provision. It means convincing infectious disease specialists to begin working with MAT providers to link their patients living with HIV and Viral Hepatitis into SUD treatment. It means bolstering local health department testing and linkage eorts by helping local advocates create new AIDS Service Organizations and Community-Based Organizations to help extend these eorts outside of the health department walls and into local communities.

This statewide coalition will also work with CEG to craft new policy proposals that will push for greater funding, greater access, and a more integrated and comprehensive outbreak response and preparedness landscape in West Virginia.

We are still in the beginning steps of this eort and will have more to share with you throughout 2020, so stay tuned to CEG’s social media pages on Facebook, Twitter, and Instagram (@CEGInWV) for more information as it develops. 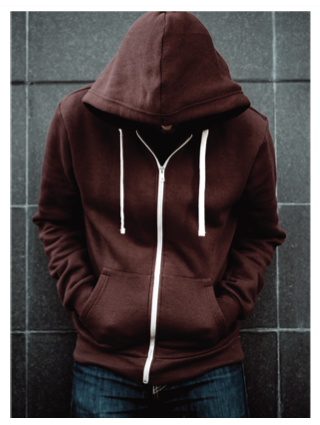 2019, CEG was one of a handful of West Virginia-based organizations to receive a HEPConnect grant funded by Gilead Sciences and the Harm Reduction Coalition. Using these funds, CEG will be partnering with county health departments in Berkeley, Jeerson, and Morgan Counties in the Eastern Panhandle to provide harm reduction supplies (at least 5,000 clean syringes, naloxone, and wound care kits) in support of those counties’ existing Harm Reduction Programs, as well as developing a marketing campaign with those departments to increase awareness of their harm reduction services.

These partnerships will allow CEG to provide support for linking these departments’ clients to HIV/Viral Hepatitis care and treatment, STI screening, MAT for SUD, and other healthcare and psychological care services. In return, CEG will receive much-needed data regarding harm reduction operations in West Virginia’s Eastern Panhandle. Stay tuned to CEG’s social media accounts on Facebook, Twitter, and Instagram (@CEGInWV) for more information as our media campaign develops.

CEG will be launching a new weekly blog in 2020 focusing on some of the main issues facing healthcare consumers in West Virginia and other rural states, including the opioid epidemic, growing infection rates of Viral Hepatitis and HIV, and the state of healthcare infrastructure in the parts of America largely left behind or ignored in the past two decades of healthcare and economic progress.

CEG in the Media

CEG will be launching a new weekly blog in 2020 focusing on some of the main issues facing healthcare consumers in West Virginia and other rural states, including the opioid epidemic, growing infection rates of Viral Hepatitis and HIV, and the state of healthcare infrastructure in the parts of America largely left behind or ignored in the past two decades of healthcare and economic progress. Stay tuned to CEG’s social media accounts on Facebook, Twitter, and Instagram (@CEGInWV) for more information as we ready our blog site for publication 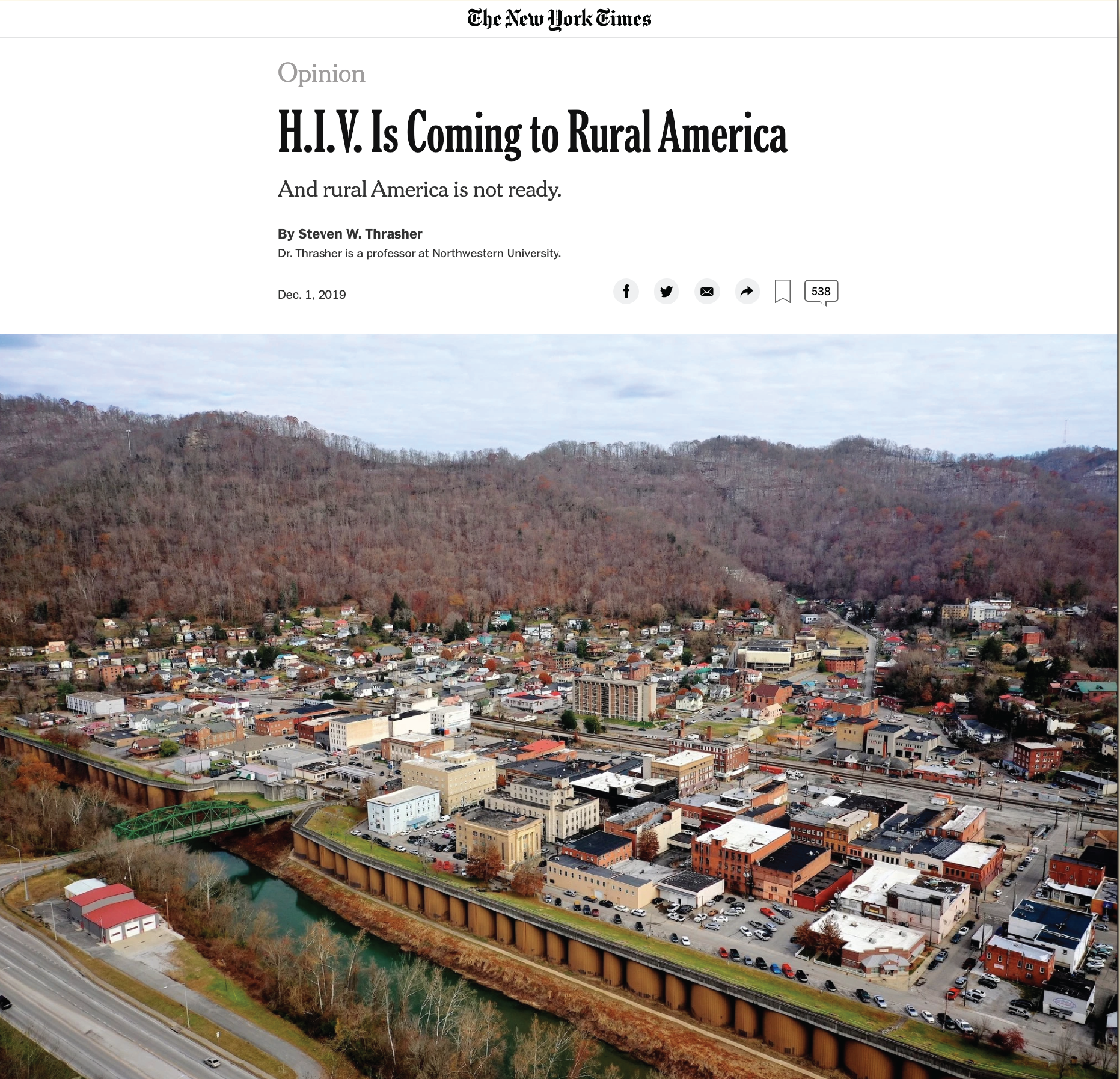 CEG’s founder and executive director, Toni Young, was featured in a piece published in The New York Times Opinion section: “H.I.V. Is Coming to Rural America And rural America is not ready” by Dr. Steven W. Thrasher (Northwestern University), speaking about West Virginia and rural America’s burgeoning HIV crisis lurking beneath the bucolic scenery: As A. Toni Young, an AIDS activist, puts it, the “epidemic of opioid addiction — fueled by drug companies’ promotion of pain medications beginning in the 1990s — is a crisis for rural regions in part because these regions are completely unprepared to deal with the magnitude of the problem.” Ms. Young founded what is now called the Community Education Group in Washington, D.C., in 1993, originally to address H.I.V. and AIDS in women. An African American lesbian, she has spent most of the past 30 years working to help members of the Black, gay and urban communities it affects.

So, I’ve Been Thinking: Getting Back to Basics 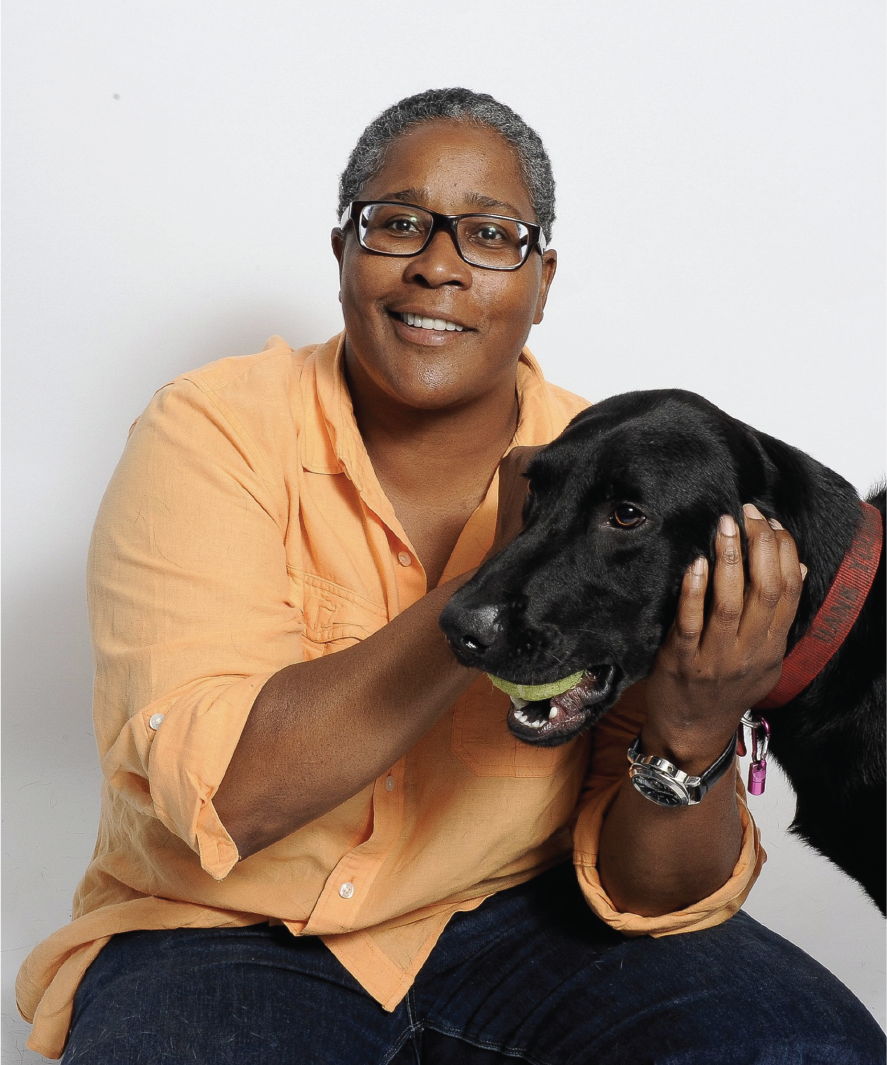 So, I’ve been thinking about how the HIV landscape, and the HIV movement, have changed a lot and are still changing rapidly—and how Community Education Group has changed rapidly, too, over the last few years. Many of you will notice that we haven’t put out a newsletter in several years, and that we no longer do direct service in the District. We are positioned differently now: we do work in DC and West Virginia. In order to be true to the mission we started out with 25+ years ago, and to fulfill our motto of building stronger, healthier communities, we’ve had to change and grow. We’ve had to take some of the skills we learned and some of the projects that worked successfully in African-American communities in the District, and apply those in white, rural America, in places like West Virginia, where race, class, and access play key roles in the ability of all communities to access services and resources. We had more than 80 new HIV cases in the state of West Virginia in 2019, mainly among white people who inject drugs or have a secondary connection to PWID. This is an example of how America’s poor in Appalachia are often forgotten in our HIV prevention, care, and treatment strategies, even though they have much in common with black, urban communities experiencing similar barriers to access to care and treatment. I’ve been thinking about black women and PrEP. Our message can’t just be about getting black women prescriptions and getting them on PrEP; it also has to be about getting black women educated about PrEP, aware of, and understanding about PrEP – to be able to raise their hands and say, “I know what that is.” We’ve got to do a better job with that and I think, in this case, doing a better job means getting back to basics. What’s old is new, and what’s new is old. And so much of what’s missing or needed in our work is a “back to the basics” model. When we look around at biomedical interventions, it’s easy to say, “U=U.” It’s easy to provide PrEP, and we hear messages about “PrEP for all,” but really, PrEP for who? The poor can’t access it, and black women are often unaware of it, even if it’s free. But we also have to remember the people involved in these interventions. How do we touch people? How do we hold people? How do we embrace communities, now, during some of the most trying times that I can honestly remember? Add HIV on top of trying economic times and trying political times, with Substance Use Disorder in many communities, and if there’s no behavioral and social support to go along with that—to bring that person, that family, that community together and make them whole—the challenges will still always remain. We can provide a pill to help end the epidemic, but can we heal the community? That’s the bigger challenge that lies ahead of us: healing. So, that’s what I’ve been thinking about – how do we heal what has created these schisms? It’s not solely the underlying race, class, and gender schisms, but that is so much of it. In our work, we often don’t talk about the need to be mindful of one another and to take a moment to ask if our colleagues are okay…if we’re okay. Because we do hard work, and in this work, sometimes we see one another but we don’t see one another. Again, we have to heal not just with a pill, not just with treatment, but with behavioral and social supports that we will need if we are to heal whole communities, whole towns. We often hear Millennials talk about being “disruptors,” but so many systems have been disrupted of late. How do we heal those systems that have been disrupted? That’s our job, and if we’re in a hole, how can we do it? How can we heal those systems that are so fractured, if we’re fractured ourselves? That’s what I’ve been thinking about.